As Kenyan consumers become more health conscious, NatureLock, a Nairobi-based instant meal company, is looking to address the gap in the market for quick, healthy food at a price point affordable to the mass market.

“We felt our purpose was to commercially develop a manufacturing process to sell healthy, convenient and affordable food to as many people as possible,” explains Tei Mukunya Oundo, CEO of the company founded in 2020.

The first product NatureLock created is an instant stew called StewsDay Ndengu. This local dish is traditionally prepared using mung beans (otherwise known as green gram), tomatoes and onions. The stew is cooked, dried and packaged into 45g packs to be sold in local shops in Kenya at around US$ 0.3 a packet. Customers are instructed to add boiling water to the dry flakes to create a hot stew, meant to be eaten with rice or chapati.

As healthy instant meals are not yet common in Kenya, NatureLock has had to build its market from the ground up. Its strategy has been to launch a marketing campaign in a specific area of Nairobi known as Eastlands. Selling the packet stews in local shops and on street corners, the company has put advertisements on billboards in the area to try and familiarise customers with the product.

“We started with Eastlands where we can gauge what works and what doesn’t. We have got to learn how it is accepted, to learn what the tactics are for selling such a product,” Oundo says.

The businesswoman – who previously founded a company that manufactured dried fruit snacks – reveals NatureLock is working with influencers on social media to generate a buzz about the new product and create brand loyalty. The company has also placed adverts on local TV and radio.

She adds that the response has been favourable as Kenyan consumers are increasingly looking for ‘made-in-Kenya’ and nutritious products. The test run in Nairobi will inform the strategy for expansion into other parts of Kenya and beyond.

NatureLock currently manufactures around 3,000 packets of ndengu stew a day, which it expects will increase as it has priced the product for the mass market.

“There are a lot of opportunities here. It will take time to exhaust the Kenyan marketplace because it is a big market within East Africa. The sky is the limit.” According to Oundo, the next step is to get the product in supermarkets like Naivas, Quickmart, Chandarana and Carrefour. 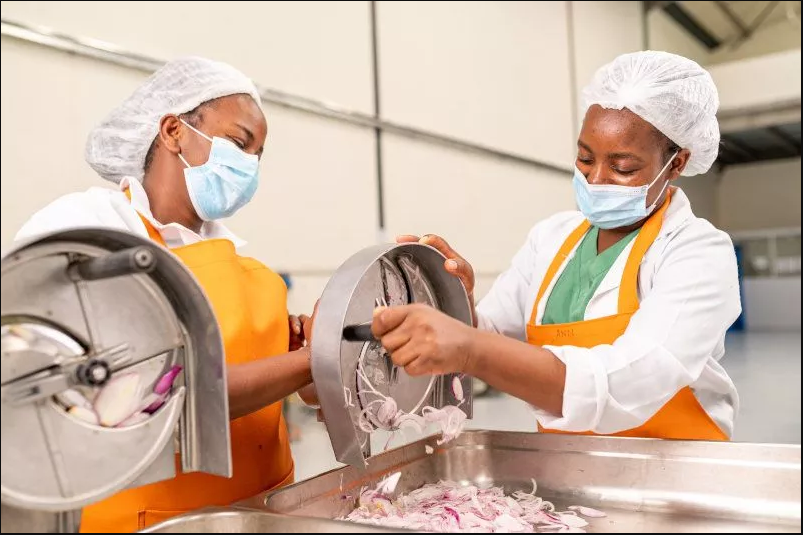 NatureLock sources raw materials from farmers across Kenya to ensure all the ingredients in the stews are local. It works with around 1,000 vegetable and 5,000 mung bean farmers. The ingredients are collected and transported to the factory on the outskirts of Nairobi, a space where the product development team can design and test new recipes.

Oundo says the team is constantly reaching out to consumers to try new flavours in what she calls “focus groups”. A key selling point that separates NatureLock from its competitors, she adds, is that the brand does not contain any additives or preservatives.

“It is important that it is fully nutritious. Only once we are happy with the product, do we look to produce it in large quantities,” she explains. At the moment, the company is experimenting with beans, fish and other legumes to make more instant meals.

Although the ndengu stew is currently sold as a meal to be prepared at home, NatureLock is hoping to build a team of street vendors who will sell the ready-to-eat stew to Nairobi’s commuters.

The one potential headwind is that Kenyans’ purchasing power has declined during Covid-19 and the subsequent economic downturn. The economy also looks set for a slowdown as an election looms later this year. Despite the potential for a disruptive voting period, however, Oundo is confident sales will remain steady. She believes worried consumers will stock up on NatureLock’s products before the vote.

The company is hoping to expand into Uganda and Tanzania by the end of 2022, two markets with broad similarities to Kenya.

“As we grow, our trajectory looks like 20% to 30% growth each year, and as we scale up into more products and markets, this should increase,” Oundo says.

I Started My Honey Processing Business From My Pocket Money 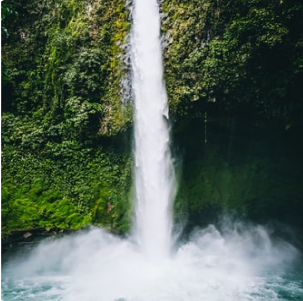 Global Research On the Effect Of Artificial Insemination 2

Global Research On the Effect Of Artificial Insemination 2